People have hobbies: travelling, collecting, painting, playing sports, music instruments. Hobby takes your mind of things and make your routine less monotonous. In my spare time I like  baking, making something with my hands, drawing and painting, I particularly enjoy using pastels. From time to time I have an artistic mood and desperately want to create something. During one of these times I finally put together my collection of matches. 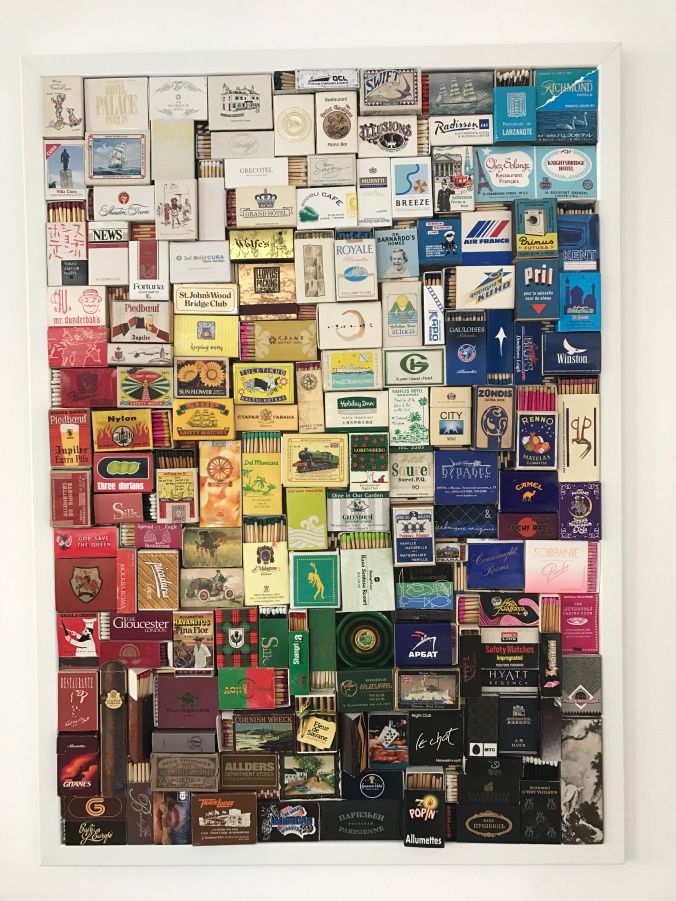 I have been collecting boxes of matches from across the globe for more than a decade. I always wanted to put them together somehow, once my collection became big enough. It is amazing how something small and simple – box of matches –  can be found in so many styles. You can see variety of shapes of boxes, different combinations of wood and sulphur tips colours. I started collecting matches when I was in school and then my friends and family started bringing me matches when they travel, so my collection grew. When I moved to London I took my collection with me and it turned out that many people in the UK collecting boxes also. So I acquired some old British matches that are no longer produced. It is forbidden to smoke indoors across Europe now so hotels, bars and pubs no longer manufacture branded matches and I have many of boxes like this in my collection. I found some box of matches at a flea market in France the box was dated before World War II.

In a way box of matches can be compared to stamps, the surface is about the same and the image is used for different purpose. Majority of matches are made as a marketing tool, they promote the place (hotel, restaurant, bar) or they promote the company (airline, tobacco). However, there are thematic boxes that promote something specific such as national sportsmen, ships or national monuments. 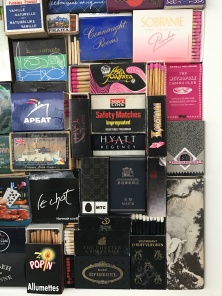 So I put together a canvas of matches, sorting them by colour from light to dark. This collage of matches consists of more than 150 boxes and features matches from 15 different countries. 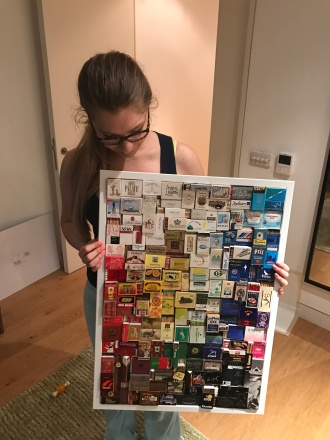 I still have plenty of boxes left, enough for another canvas like this. Probably will do it some other time.